Investment classifications differ according to their objectives. Classification based on time standard is the most important one (investment term). Therefore, the market where short-term investment instruments are traded, and has a maturity of less than one year, is called the money market. Contrary to the speculator, when the investor makes a decision to buy or sell, he looks at the company’s power and performance as well as its price and how it changed over a reasonable period. He also figures out the future performance assumptions based on the company’s past. 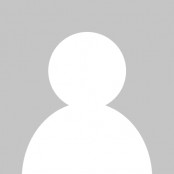 The Definition of Investment

When your focus is preventing you from seeing anything but the problem, meditations which relax your mind and ...

We have chosen to work extensively with PearlBusiness because of their quality services.

Founder of WebFlex Inc.
The employer incentives offered through On-the-Job Training program have helped reduce some of our training costs for new hires.

The effort vastly improved the company’s planning and execution functions, created and implemented a new stock...

We offer the opportunity for those who don’t have money to earn by referring people to invest in our products and you can refer as many people as you can to our services.